New this year to USRA racing is the "Sportsman" racing class. The Sportsman class was brought forward to introduce new people to the sport of air racing in a cost effective and convenient manner. the baseline rules for the Sportsman class are pretty simple.
*12lbs dry weight
*80" or greater wingspan
*Propeller driven aircraft only
*Must be based on a full scale aircraft design that was designed and flown in the year 1930 or later
*Design must be proved scale within 5% of the outline of the full size aircraft
*Times of less than 120 seconds will result in an immediate disqualification
*No form of timing is allowed
*Deviating for the purpose of slowing will result in a warning - Two warnings will result in a disqualification

The Sportsman class is a breakout class, meaning,  If you complete the allotted number of laps in less than 120 seconds you're immediately disqualified. This is where the Sportsman class differentiates from every other class of USRA racing. It allows people to experience the thrill of air racing with an airplane they may already own.

A good example would be a person with a 100cc aerobatic aircraft who is a competent pilot, but lacks funds to put together a purpose built racing airplane.

The pilot in question now has a perfectly eligible aircraft to race with! Whoaaaa, the magic of the Sportsman class is revealed!

I suppose this is the part where I tell you my plans for the upcoming race.

This year I decided it would be fun to enter the Sportsman class since I don't have an Unlimited at the moment...of course me being myself, I spread the word as much as I possibly could about the class and my plans to enter hoping to drum up some interest within my friends and their friends.
In typical crazy RC guy fashion plenty of people are interested, and I'm pretty sure we'll have a team of 3-5 guys flying some fairly unique aircraft.

I have 11 weeks to complete this project. I'm currently devising a plan to design and build the airplane(s) on time, and on budget in order to make sure we can test fly before the event to ensure everything's going to work properly and in a safe manner.

It's been difficult to chose just one airplane design to build for this task...I mean, there have been more than a few airplanes design and flown since the 1930's....however, I've finally made up my mind.
Sticking with the racing theme, I've chosen the: 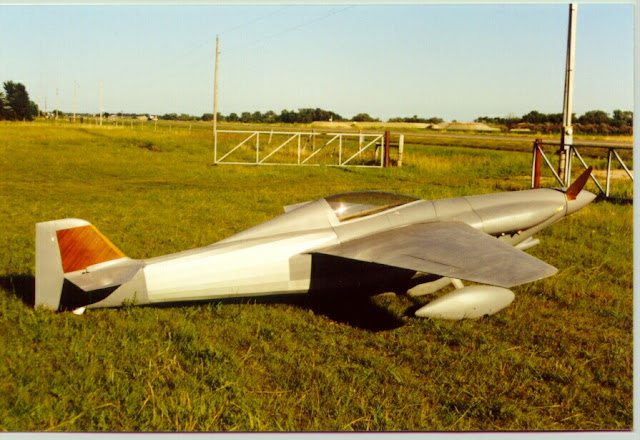 SR-1 "SNOSHOO" (above)
The SR-1 is a Formula 1 class aircraft built with modern construction techniques and materials. People who would like to know more about this aircraft can visit their website (where you can also purchase plans to build your own full size SR-1!):    http://www.snoshoo.com/Index.cfm

The Sportsman edition SR-1 will differ in a few ways from standard USRA aircraft construction.

The idea is to develop an airplane that is cheap to make, quick to build, and very competitive within the sportsman class.

I plan to do this with a construction largely of foam and the addition of clean and smooth electric power.
Generally these types of planes are powered by a piston or rotary internal combustion engine (ICE), however, that would mean I'd have to fuel proof the airplane if I were to carry out my first plan of using foam as the main building material. Another issue would be vibration. Vibration is a killer even with the current breed of hollow molded carbon fiber aircraft. It would mean having to overbuild the airplane so much it would become heavy and non-competitive.

PHASE 1
Currently I'm in Phase 1 of the project which is: Equipment Selection & Airframe Design
I'm  currently planning a timeline, then I'll jump into equipment selection which will determine the structure of the airplane.

The equipment used will all be standard, so after this is all done I can release the plans, files, and an equipment list so everyone can build one if they want to!

The servos themselves don't need to be anything too spectacular, I'll report back with what I decide to use after I make more progress in Phase 1.

anyhow, I'll leave you with a few more pictures of the SR-1: 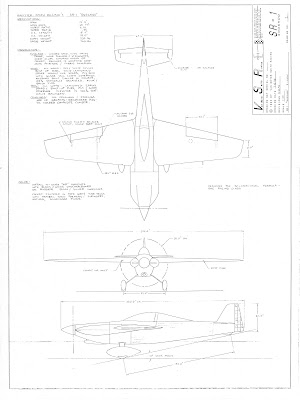 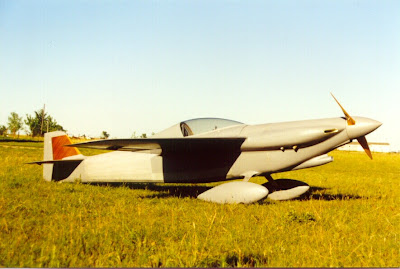 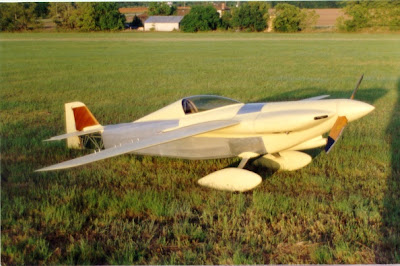